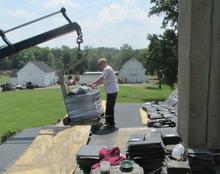 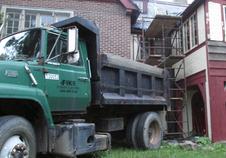 ​​​​​​​​​​Longwood Manorwas built in 1924. It's architectural style is Tudor Revival which was popular among the wealthy in America in the early 1900's.
We are a group of volunteers  dedicated to Preserving the History of Macedonia. LMHS is a  501 c 3 non-profit organization, and is registered as a volunteer Committee with the City of Macedonia, Our primary goal is to restore the Manor to it's original condition so it can serve as a public gathering space, Museum and the headquarters of our organization.
The Manor sits on 300 acres of land that belonged  to Colonel William Frew Long the founding Mayor of Macedonia and a Veteran of World War I and II. His land and home, the Manor, were given to the citizens of Macedonia for use as a public park in accordance with his Will upon his death in 1984.
The restoration and updates being made to the Manor are being funded by monetary donations, membership fees, fundraising events, and grants. Some of the contractors that we are working with have provided their services at cost. Other contractors, such as Paul​ Fike Builders are working free of charge.
We began working on the Manor in November of 2012.